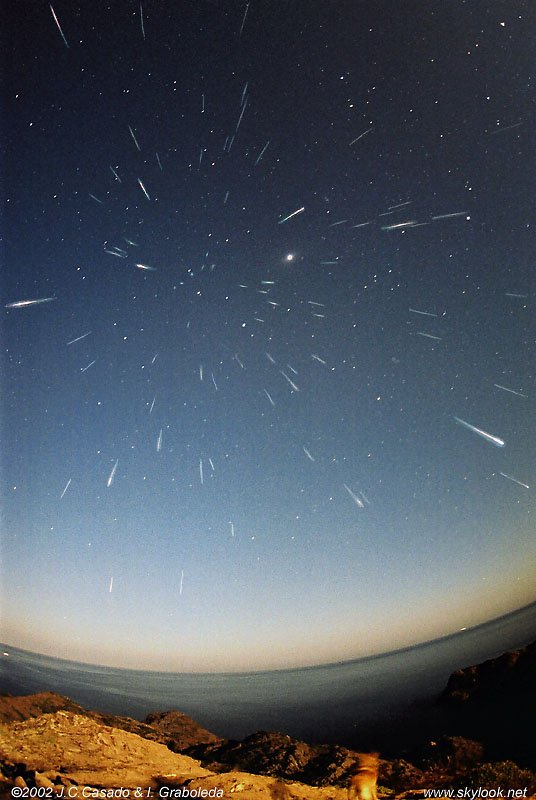 Juan Carlos Casado of SKYLOOK combined 30 one-minute exposures to create this extraordinary image. "A fisheye lens was oriented toward Leo," explains Casado. "Jupiter is the brilliant central dot. The observing site was the Cape Creus Nature Park--the most eastern point on the Iberian peninsula. The Mediterranean sea can be seen in the background. My wife, Isabel Graboleda, helped me capture these exposures. Also note our dog, Leica, in the foreground watching the show."